BOYS AND GIRLS TRACK:  After cancelling last year's track season, Loveland captured both the boys' and girls' titles this spring at the Eastern Cincinnati Conference Championships!  Nagel finished runner-up in both boys' and girls' competition.  Complete results are HERE.

ALSO, congratulations to all of our athletes who competed in the OHSAA JH Track and Field Championships May 15.  A special shout out to Loveland's Tyler Schwinn for winning the STATE TITLE in the high jump with a leap of 5-9!  See complete results HERE.

Athletes of the Week

The ECC is again recognizing Athletes of the Week at the middle school level.  Like our conference high schools, coaches will submit their student-athletes and each recipient will be posted here weekly. 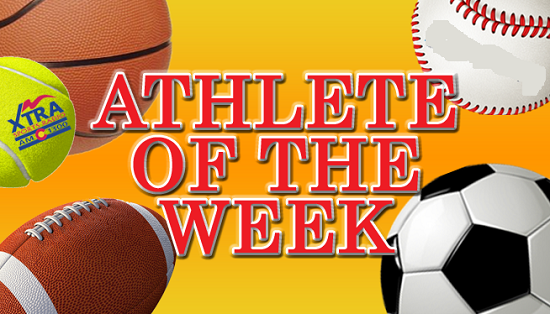 BOYS BASKETBALL:  Kings and Loveland would have battled for the seventh grade "A" Championship if not for the weather.  The game was cancelled, but congrats to both squads on great seasons!  It was decided that both teams were deserving of the title of co-Champions for 2020-21!

The eighth grade "A" tournament championship trophy will reside at Kings, as the Knights defeated Nagel Silver to capture the conference title.

The finals of the ECC boys "B" Invitational saw Loveland win the seventh grade championship and Kings win the eighth grade title.  Congratulations!

GIRLS BASKETBALL:  The ECC "A" tournament crowned champions February 4.  West Clermont captured the seventh grade title, while Winton Woods walked away with the eighth grade championship!  Congratulations to both squads.

WRESTLING:  The Loveland Tigers captured the ECC wrestling title for the second consecutive year!  Little Miami finished runner-up.  Complete results are HERE.  Some of the Champion Tiger squad can be seen below.

FOOTBALL:  Winton Woods finished the season unbeaten in eighth grade contests, while Kings completed a perfect season in seventh grade contests.  WORTH WATCHING:  Check out this catch in a recent game between Lebanon and Kings.  Watch HERE.

CROSS COUNTRY:  This year's ECC Championships were held October 17 at the Home of the Brave Park.  Nagel captured the boys' championship, with Loveland coming in second.  Lebanon came away with the girls' crown, with Kings finishing runner-up.  The top finisher for the boys was Milford's Charlie Vause, while Lebanon's Nathan Cochran was runner-up.  Nagle's Amina Divanovic won the girls' race, followed by Loveland's Caroline Murnan. Complete boys' results can be found HERE and the girls' results HERE.

GIRLS' BASKETBALL:  Walnut Hills defeated Milford in both the seventh and eighth grade tournaments to come away with ECC titles!  Congratulations to both squads and to Milford for finishing runner-up in both grade levels!